Texas is a state located in the South Central United States. Although the U.S. Census places Texas in the South region, the state has also been categorized as part of the Southwest. Texas is the second largest U.S. state as defined by both land area and population. The state borders Oklahoma on the north, Louisiana and Arkansas on the east, New Mexico to the west, and the Mexican states of Chihuahua, Coahuila, Nuevo Le’n, and Tamaulipas, as well as the Gulf of Mexico to the south. It is worth noting that the Dallas/Fort Worth area, although not a significant commercial real estate market, is the fourth-largest metropolitan area in the United States. Traditionally, Texas’ largest industries were energy, petroleum production, livestock, agriculture, commercial fishing and mining; increasingly aerospace, research & technology and commerce are contributing to the state's recent growth.

All jobs in Texas 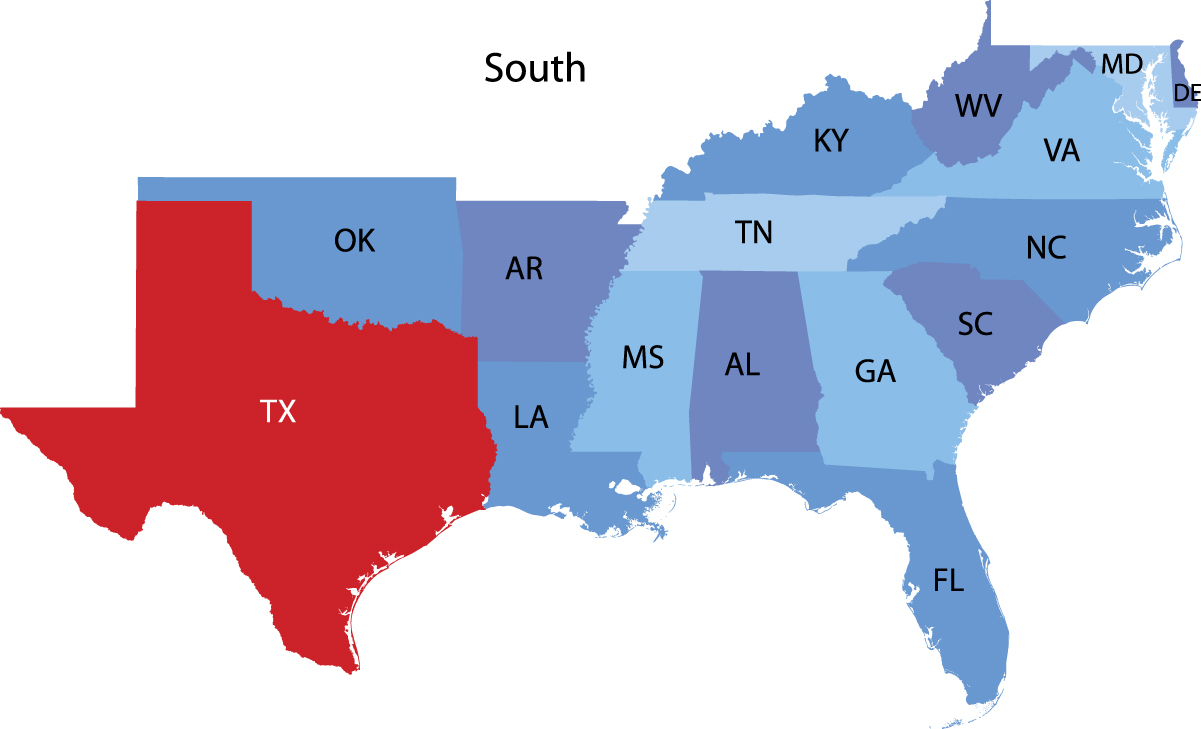