Shot In The Dark: How Will Landlords, Building Owners Adjust As Vaccines Roll Out?

The previous, tumultuous year concluded with a sense of optimism, especially for the commercial real estate sector. Distribution of coronavirus vaccines, developed and approved in record time, reached a public elated for anything that can help them return to some semblance of a normal routine.

“People in the real estate industry very badly want people to start coming back to the office, and vaccinations are the single best ways to get there,” Kastle Systems Chairman Mark Ein said. “Hopefully a year from now, virtually everyone is back. The question is how do we manage through the transition until then.”

As vaccinations hopefully pick up in coming months after slow starts in the U.S. and United Kingdom, landlords and building managers will eventually need to answer difficult questions about balancing the safety and security policies of different workplaces and making sure common areas respect the requests of different tenants. While vaccines have only recently been approved and will first be given to high-priority populations, these issues may need to be addressed sooner rather than later. So far, most property owners don’t appear to have a strategy in place.

Hard-hit landlords, especially those who own and operate office buildings, are among those most desperate to get workers back into offices. The Back to Work Barometer, a market tracker of workplace activity at offices serviced by Kastle, a national supplier of end-to-end security systems for commercial properties, found that occupancy in the Top 10 U.S. markets, based on access card swipes, peaked at just 29% last year, as new surges in infections have curtailed on-site work in downtowns across the country.

Consulting firm CREtech found that nearly 60% of U.S. employees expect to be back in their offices for at least a few days a week by the end of March, and a Wall Street Journal report suggested offices may achieve widespread return by late spring or early summer. The U.S. Equal Employment Opportunity Commission ruled in December that companies can mandate vaccination as a condition of work (barring certain exceptions such as religious belief or disabilities), suggesting landlords may be asked to help implement strict access policies sometime in the coming months.

Bisnow reached out to CBRE, JLL, Cushman & Wakefield, RXR Realty and TMG Partners to get a sense of what, if any, policy or preparation they had undertaken to alter building management practices as the vaccine rollout accelerates. Spokespeople for all these firms either weren’t available to comment or declined to comment for the story.

A spokesperson for WeWork said that the coworking company’s policies around COVID-19 follow whatever guidelines that health and government officials establish.

“Throughout the process, we’ve been following CDC guidelines, and WHO guidance for global locations; that’s been our guiding light, and will continue to be so,” it said. “Beyond that, it’s up to individual member companies on how they enforce it with their employees.”

The Centers for Disease Control and Prevention, which has offered regularly updated workplace COVID guidance in the U.S., hasn’t released any specific guidance on how workplaces should handle vaccination (nor has the Occupational Safety and Health Administration).

In terms of vaccination strategy, broadly speaking, the UK will prioritize by age while the U.S. prioritizes equity by placing the large category of essential workers at the front of the line. The later strategy will help support personnel return to offices, but the bulk of white-collar workers will be waiting considerably longer for their turn.

Landlords are also balancing questions of when the population will reach some safe threshold of immunity, as well as expected changes in commercial lease activity. Many large companies have started looking into increasing coworking leases or hub-and-spoke models of smaller offices, The Wall Street Journal reported, and 76% of CEOs in an October survey by Fortune said they will be cutting office space overall.

Kastle’s Ein said that vaccination and building management has been a constant topic of conversation among clients.

Tenants and building owners can, for instance, add vaccination status as a field on worker ID badges when they scan to enter or access certain floors or parts of the building. However, Ein doesn’t believe any managers or landlords will end up making vaccination mandatory to enter a particular building lobby or common space.

He sees landlords and managers utilizing more of a collaborative solution, with all stakeholders in a building — operations, owner and tenants — working together to figure out policies, with tenants taking responsibility for their own space and masks and social distancing as pervasive policies throughout the year. In short, the foreseeable future for offices, even with vaccination progress, may look very similar to how it looks today. 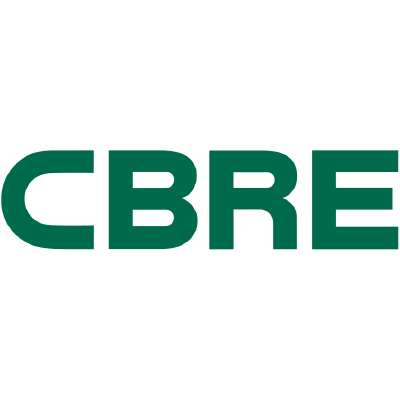